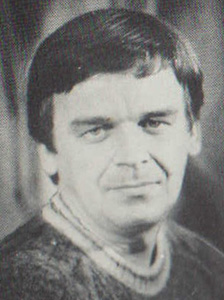 He was a designer at the Zaporozhye Confectionery Factory.
He graduated from the Zaporizhzhye Pedagogical Institute.
He has been engaged in cartoon since 1985.
He was published in all-Union, republican and regional mass media.
A participant in a cartoon exhibitions in the country and abroad.
He was awarded with the Yntarny Karandash (Amber Pencil) prize in the All-Union Exhibition in Kaliningrad,1985.
Member of the creative cartoonists association of the Karousel club.