He was born on September 2, 1963 in Havana.
He graduated from the medical institute in 1987. And in psychiatry in 1993.
His first cartoon was published in 1984.
Participant and laureate of more than 150 prizes in cartoon contests.
His work is published in many media in many countries.
He published 21 collections of his cartoons.
Illustrated more than 90 books.
He worked on television and in the cinema.
Some of his works were used to create short animated films
(Filminutos).
He lectured on the topic of cartoons and comics in Cuba, Iran, Mexico, Colombia, Turkey, Canada, Spain, Venezuela, Finland.
He was a member of the jury in a number of international contests of cartoons in Mexico, Italy, Brazil, Turkey, Cuba, Iran, etc.
In 1994, he was nominated for inclusion in the list of 100 best cartoonists of the world by Witty World Magazine (USA).
In 2002, Ares received the National Culture Medal from the Cuban Minister of Culture. He is vice-president of the Cuban Union of Artists and Writers (UNEAC). 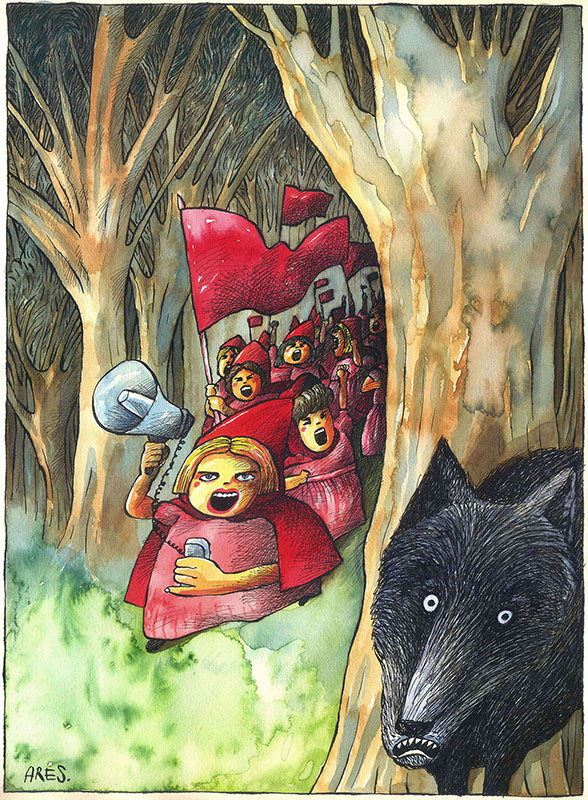