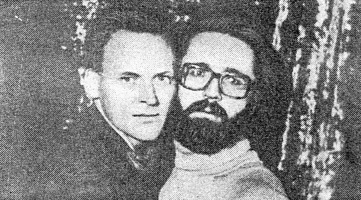 Their works were published in republican and central mass media.
Participants of the International and national cartoon contests.
Laureates: the “Peresmeshnik” prize of the Crimean Komsomolets newspaper, 1980;
the Special prize in a large cartoon exhibition in Leningrad, 1984.
In 1983 they organized the First Crimean Cartoon Exhibition.
1985, 1986 they organized the Second and Third Crimean exhibitions of humorous graphics.