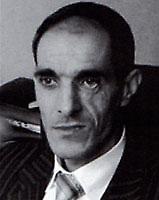 He was born in Imishli region in 1966. He has contributed to the Kirpi (Hedgehog) satirical magazine since 1982. In 1992 he finished the course of Azerbaijan Journalist Mastership. He was one of the organizers of “Molla Nasraddin” International Cartoon Competitions in Azerbaijan. He has been a member of the judges board of competitions and exhibitions held in different countries of the world. He won nearly 40 prizes in an International Cartoon Competitions. His works were awarded with golden, silver, bronze medals and special diplomas and were published in about 100 catalogues. He was a President of Cartoonists’ Union from 2000 till 2006. Since 2007 he is a member of the board of Azerbaijan Cartoonists’ Union. He is a member of Azerbaijan group in FECO (Federation of Cartoonists Organisations).