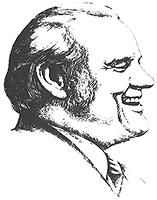 He was born in 1936 in Kaunas. In 1961 he graduated from the Lithuanian Agricultural Academy, in 1974 from the State Art Institute of the Lithuanian SSR. In 1980 he became a member of the USSR Artists Union. From 1972 he took part in many republican, all-Union and international exhibitions. His works are awarded with prizes in Belgium, Italy and Bulgaria.