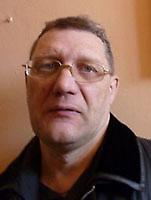 Cartoonist
Born on July 9, 1960 in Snezhinsk (Chelyabinsk region), graduated from secondary school No. 119 in 1977.
In 1981 he graduated from the Chelyabinsk Art College.
He worked at the Federal Nuclear Center of Russia . Snezhinsk.
In 1982 he entered the Magnitogorsk Pedagogical Institute (Art and Graphic Faculty)
Since 1987, he has been an art teacher, part-time freelance correspondent for regional and local newspapers.
In 1985, he organized the Ural club of cartoonists “Cranberry”, which has more than 500 diplomas, medals and cash prizes of various levels.
Nikolay Chernyshev was the organizer of several exhibitions:
“Young-green” – the All-Union exhibition of cartoons in 1989,
“Erotica” – the All-Russian exhibition of cartoons in 1990,
“He and she” – the International Exhibition of Cartoons in 1991,
“Man and Animals” – the International Exhibition of Cartoons in 1992.,
All – Russian exhibition of humorous drawing in 1993
He held 5 solo exhibitions in Snezhinsk and Ozersk.
Prize-winner, diploma holder and laureate of more than 20 international caricature, poster and humorous collage contests in Russia, Turkey, Bulgaria, Azerbaijan, Italy, Germany, England, Japan, South Korea, Portugal, Poland, Sweden, Spain, Yugoslavia, Serbia, France, Ukraine and other countries of the world.
He has published two methodological manuals for working with children “Caricature lessons”, “First steps”.
Organizer of the first children’s cartoon studio in Russia “Cranberry” in 1985.
Reference: BEC (the Big Encyclopedia of Caricature), 2010