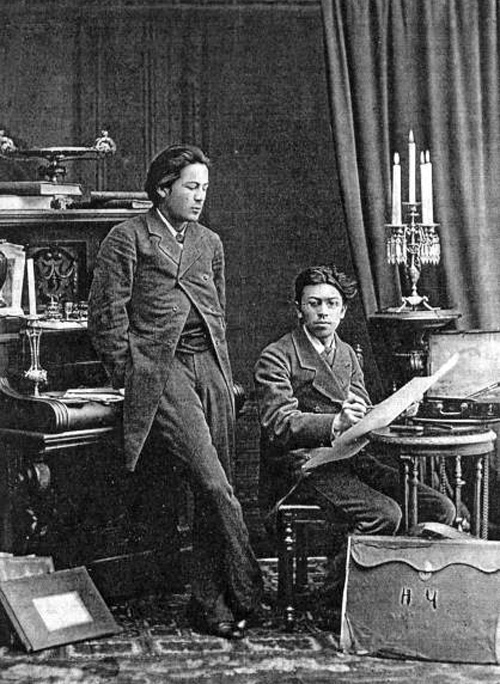 As a child Nikolai showed talents for art and music. He attended the Moscow School of Painting, Sculpture and Architecture. He was unable to finish his studies due to chronic alcoholism and the periods of time, often weeks, which he would spend living in the Moscow streets.

Nikolai was a talented artist, and he often illustrated Anton’s stories. Anton wrote to him, advising him to stay sober and to pursue writing, but to no avail. He died in Luka (in Lintvarev’s country estate) at the age of 31 of tuberculosis. Nikolai’s death influenced Anton’s A Boring Story, about a man faced with his own impending death.