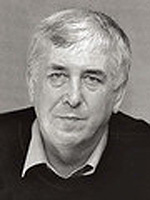 He was born in 1951 in the city of Zernograd in the Rostov region.
In 1976 he graduated from the Rostov Art College. M.B. Grekova.
Since 1976 he has participated in republican, all-Union and international exhibitions.
Member of the International and domestic cartoon contests.

Laureate of international prizes in Turkey, Japan, Italy.
Cartoons were printed in central and republican media
Works in various genres of graphics, cartoons and hot enamels.
He was awarded a diploma of the Russian Academy of Arts.

1981 – Diploma of the Central Committee of the DKMS in the exhibition “caricature, political drawing”, Sofia;
1985 – Diploma and Prize of the USSR SOKK and CP in the contest “Red Cross: Health, Humanism, Peace”;
1988 – diploma of Turkey.