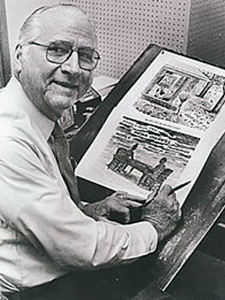 Brooks enlisted in the army and won four battle stars for action in such campaigns as Normandy. After the war he freelanced in Chicago for a year, married and returned to Alabama, where he became editorial cartoonist on the Birmingham News in 1948. He remains there today as one of the South s strongest political cartooning voices.

Traditional-style figures and conventional crayon shading have been Brooks’s visual forte throughout his career. In concepts he is strong and has always vigorously upheld the Southern point of view. One of his frequent themes, and one most tellingly presented, was of Northern hypocrisy during the desegregation years. Politically, Brooks is an independent with definite Republican-conservative leanings. 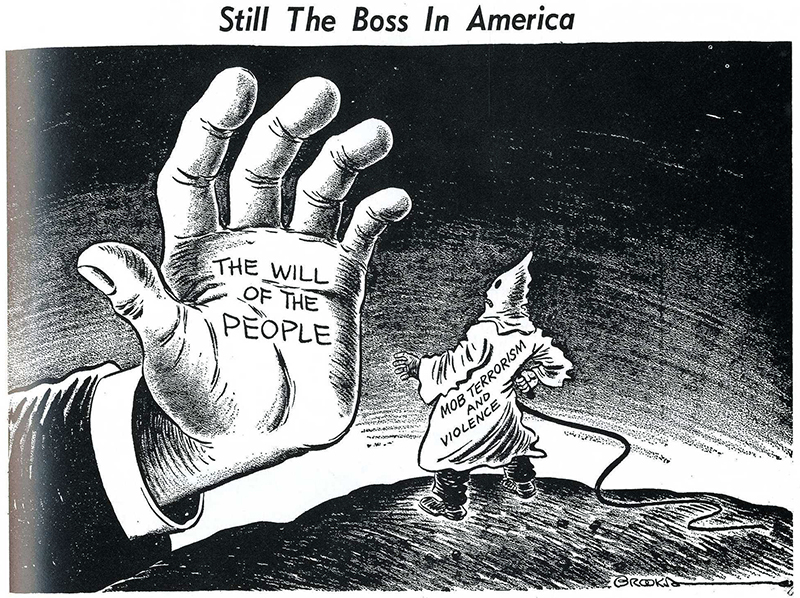 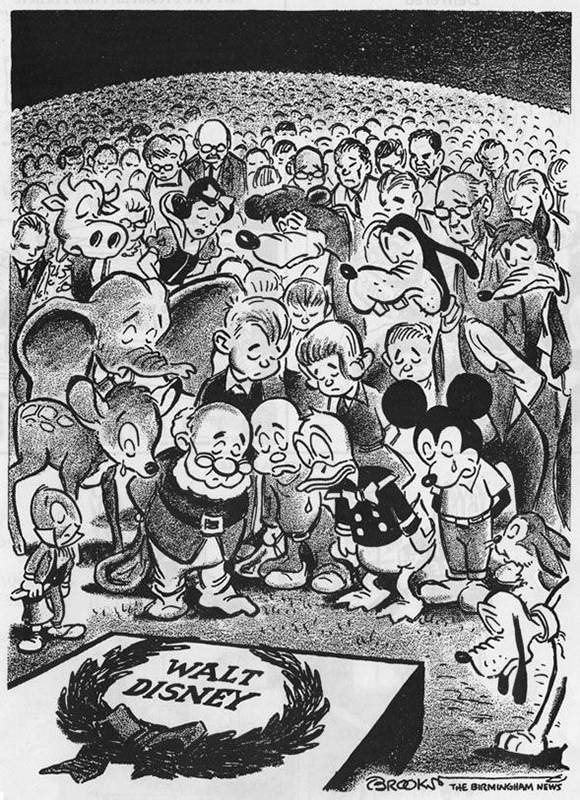