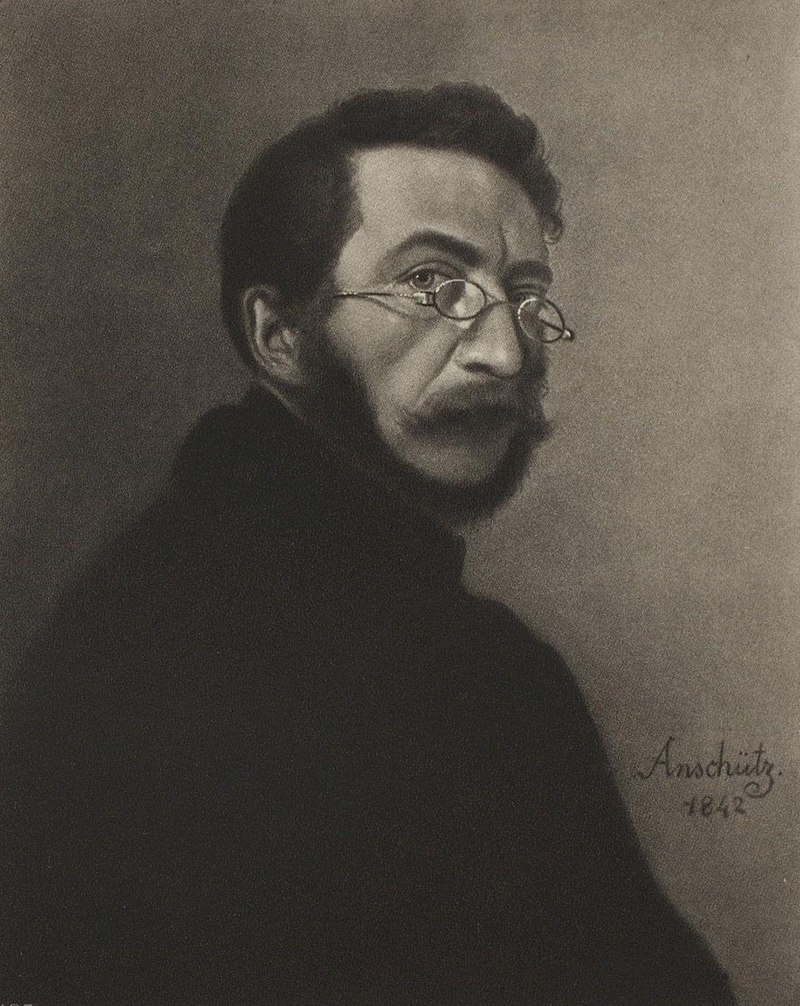 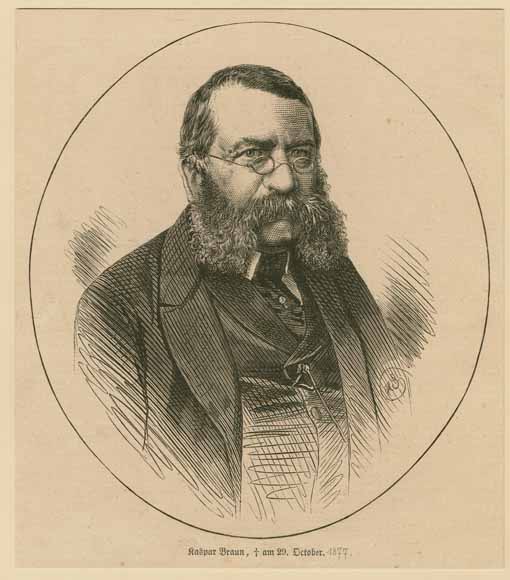 Braun Caspar, German cartoonist born in Aschaffenburg, Bavaria, on August 13, 1807. Although Caspar Braun’s draftsmanship was never first-rate, his services to German humorous art as printer and pub­lisher as well as cartoonist are immeasurable. He studied art at the Munich Academy under Peter von Cornelius, the developer of so many graphic talents, and was pre­paring to become a historical painter with a special interest in such subjects as romantic landscapes peopled by highwaymen. However, the great book illustrations of the French cartoonist Grandville attracted him to the field of wood engraving—then highly developed in Paris but practically unknown in Germany. Braun went to Paris in 1838, met Grandville and was introduced by him to the master wood engraver Henri Breviere, with whom he proceeded to study.

Back in Munich, Braun went into partnership with court councillor Dessauer to create a wood-engraving printshop (the Xylographische Anstalt) that soon made a name for the excellence of its illustrated books. In 1843 Dessauer sold his share to a Leipzig businessman named Friedrich Schneider (1815-1864), and thus one of the

greatest publishing firms in the history of graphic art was established; Braun and^ Schneider of Munich. On November 7. 1844, Braun*hnd Schneider issued the first number of the Fliegende Blatter, the most important German magazine of pictorial satire and humor until the founding of Simplicissimus in 1898 (both magazines continued publication until the 1940s). Among the artists who worked for the Fliegende Blatter and Braun and Schneider’s other famous publication, the Miin- chener Bilderbogcn, were Busch, Oberlander, Spitzweg, Pocci, Schwind, Hengeler, Stuck and a host of others.

In the first years of the Fliegende Blatter, years of political unrest culminating in the events of 1848, Braun himself was represented by several important contribu­tions. His series Des Herrn Barons Beisele und Seines Hofmeisters Eisele Kreuz- und Querzfige durch Deutsch­land (“The Travels All Over Germany of Baron Beisele and His Tutor Dr. Eisele”) was a sharply satirical com­mentary on the political and social shortcomings of

many regions. He also drew a series featuring the an­tagonism of the democratic agitator Wiihlhuber and the dismayed reactionary Heulmeier, who eventually emi­grated to America, and contributed other items about communists, produce-market manipulators and various characters in the news. Braun helped guide the fortunes of his enterprise until his death in Munich on October 22, 1877. 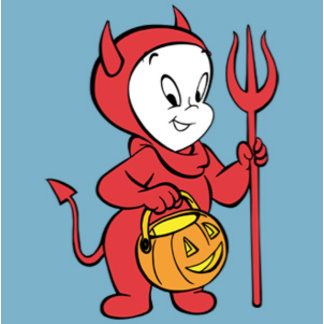 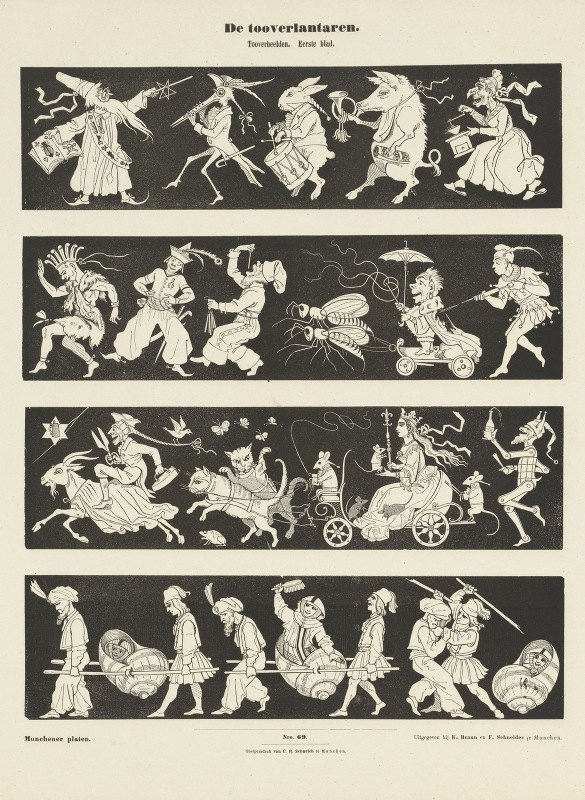 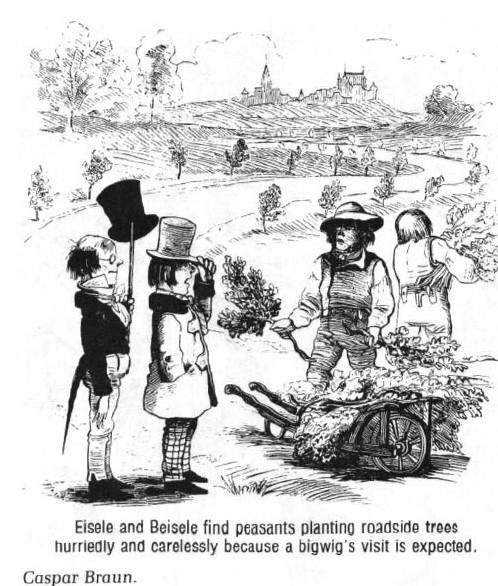