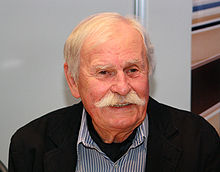 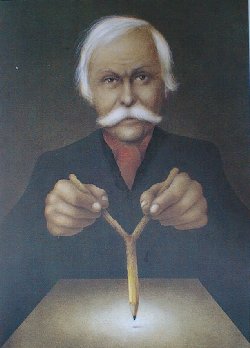 Adolf Born (born June 12, 1930) is a Czech painter and illustrator, caricaturist and film-maker.
Born in the town of České Velenice on the Czech-Austrian border, Adolf Born got his Visual Arts Education from 1949 to 1955 in Prague, where he still lives and works. Since the 1960s his works have been exhibited all over the world. In 1974 Born was awarded a Grand Prix prize in Montreal.
He made many ex libris, mostly by the technique of colour lithography. His pictures often mix fantasy worlds, people and animals. Apart from his graphics including well over a hundred exhibitions, and his illustration of literally hundreds of books including some international classics, he has been active in theatre costume and set design and in animated film.
He is married and has one daughter.