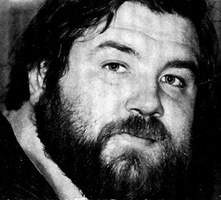 Was born in 1956 in Moscow.
He graduated from the Moscow Higher Art-industrial school.
The first cartoon was published in the newspaper «Moskovsky Komsomolets» in 1979. He was published in all central newspapers and magazines. He finished school-studio under the magazine «Crocodile».
He participated in exhibitions in Russia and abroad. Has published more than 600 cartoons. Has illustrated over 100 books. Member of Journalists Union of Russia. Chief artist of newspaper- journal association «Sunday».

Worked as an artist in the journal Misha