Born in 57 Palace Gardens Terrace, London[1] which is now marked with a blue plaque,[2] Henry Maximilian Beerbohm was the youngest of nine children of a Lithuanian-born grain merchant, Julius Ewald Edward Beerbohm (1811–1892). His mother was Eliza Draper Beerbohm (c.1833–1918), the sister of Julius’s late first wife. His was a well-to-do London family.[3] He was also close to four half-siblings, one of whom, Herbert Beerbohm Tree, was already a renowned stage actor when Max Beerbohm was a child.[4] Other older half-siblings were the author and explorer Julius Beerbohm[5] and the author Constance Beerbohm. His nieces were Viola, Felicity and Iris Tree.

From 1881 to 1885 Max – he was always called simply “Max” and it is thus that he signed his drawings – attended the day school of a Mr Wilkinson in Orme Square. Mr Wilkinson, Beerbohm later said, “gave me my love of Latin and thereby enabled me to write English”.[6] Mrs Wilkinson taught drawing to the students, the only lessons Beerbohm ever had in the subject.[5]

Beerbohm was educated at Charterhouse School and Merton College, Oxford from 1890, where he was Secretary of the Myrmidon Club. It was at school that he began writing. While at Oxford Beerbohm became acquainted with Oscar Wilde and his circle through his half-brother, Herbert Beerbohm Tree. In 1893 he met William Rothenstein, who introduced him to Aubrey Beardsley and other members of the literary and artistic circle connected with The Bodley Head.[7] Though he was an unenthusiastic student academically, Beerbohm became a well-known figure in Oxford social circles. He also began submitting articles and caricatures to London publications, which were met enthusiastically. In March 1893 he submitted an article on Oscar Wilde to the Anglo-American Times under the pen name “An American”. Later in 1893 his essay “The Incomparable Beauty of Modern Dress” was published in the Oxford journal The Spirit Lamp by its editor, Lord Alfred Douglas.[8]

By 1894, having developed his personality as a dandy and humorist, and already a rising star in English letters, he left Oxford without a degree.[4] His A Defence of Cosmetics (The Pervasion of Rouge) appeared in the first edition of The Yellow Book in 1894, his friend Aubrey Beardsley being art editor at the time. At this time Oscar Wilde said of him “The gods have bestowed on Max the gift of perpetual old age.”[9][10]

In 1895 Beerbohm went to the United States for several months as secretary to his half-brother Herbert Beerbohm Tree’s theatrical company. He was fired when he spent far too many hours polishing the business correspondence. There he became engaged to Grace Conover, an American actress in the company, a relationship that lasted several years. 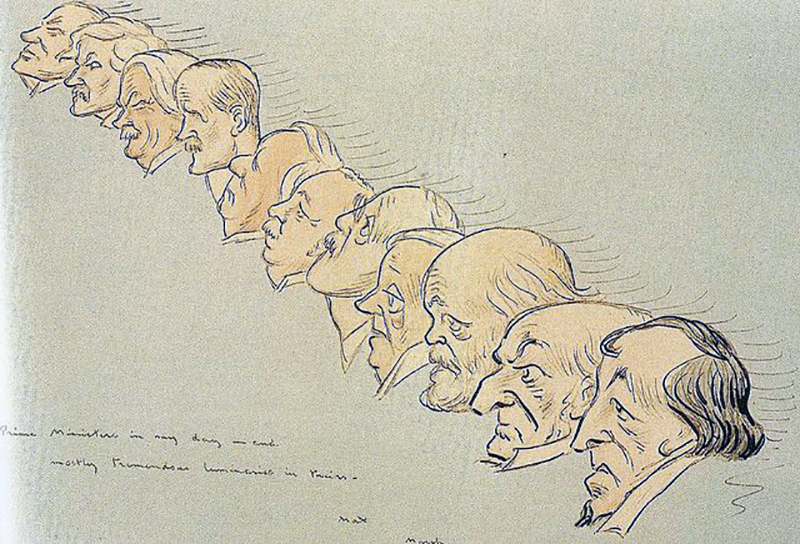 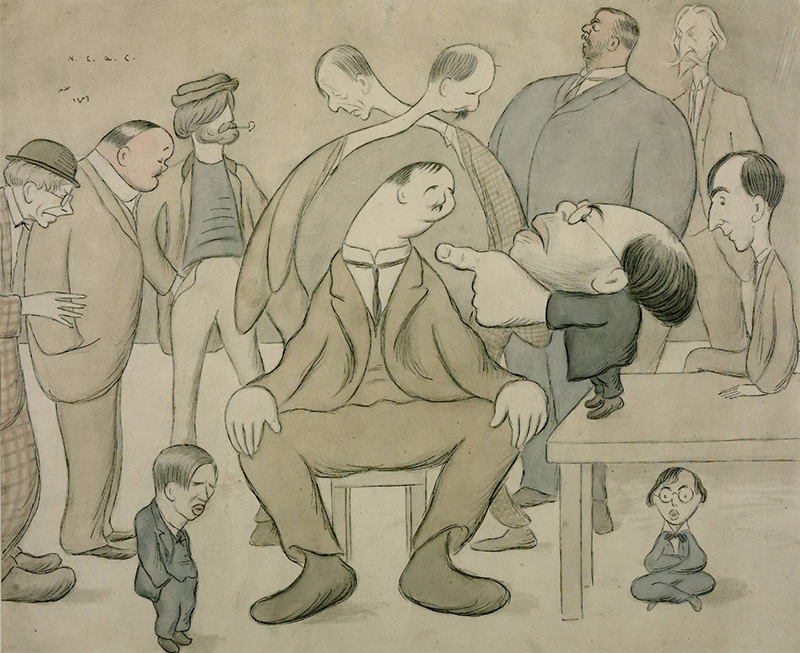 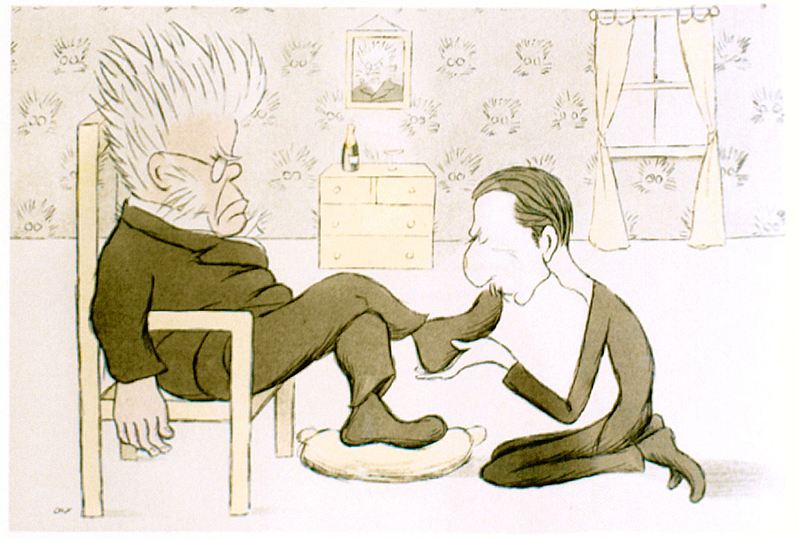