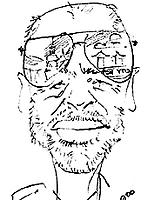 Miroslav Barták (1938) was born in Košice, Slovakia. He graduated from the Naval Academy in Varna, Bulgaria. Between 1960 and 1969 he worked as a naval officer on ocean merchant ships. Since 1969 he lives exclusively inland, earning his living as a freelance cartoonist.
Mr. Barták ran about seventy personal exhibitions in Europe since 1970, and under his sole autorship published nine books of cartoon humour to date (three in Switzerland, three in Germany, one in Slovakia and two in Czech Republic). Furthermore, he illustrated no less than fifty blackouts (very short burlesques) for TV. His work is also presented in numerous books and collections of cartoon humour in Europe as well as overseas.
Already since the seventies, he contributes regularly to Nebelspalter, a Swiss humourist magazine, and he also works for another Swiss magazines. His work is displayed in leading European cartoon museums and numerous private collectors also own some of his works. Miroslav Barták lives in a quiet home near Prague with his wife, his dogs and cats. He is convinced that human brain cells commence the process of necrosis as soon as a man starts to be deadly serious about something. 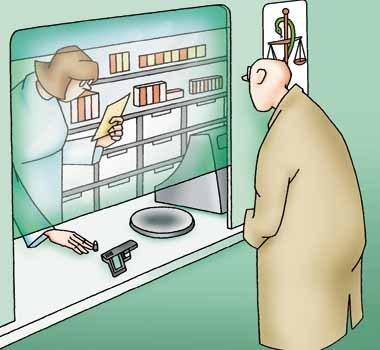