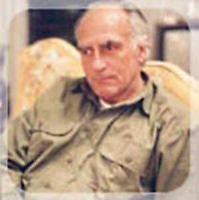 Serafim Bakoulis was born in Athens, Greece. He studied painting under the tutorship of P. Tetsis and applied arts at the High School of Fine Arts. He worked for six years in the National Archaeological Museum. He’s a member of the Athens Chamber of Arts. He published a book of cartoons on tennis in Greece. Received a scholarship and award in applied arts. Mentioned in the Dictionary of Greek Artists “Melissa” (99, pages 177-8). His works were exhibited at the Ministry of Culture and Education, in private collections as well as at the Art Gallery of the Municipality of Piraeus.