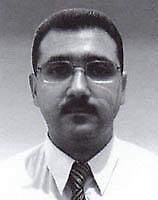 Cartoonists’ Union. He is the member of Azerbaijan group in FECO (FEderation of Cartoonists Organisations).