He was born in Sannohe (Japan).
After graduating from high school came under military call, served in the Imperial Navy.
After the establishment of peace, he took part in the development of land in the mountainous area of ​​Iwate Prefecture, but gave up after a year and returned to his home, where he worked as a substitute teacher.
At the same time he began to study art.
Baba drew signs and posters for theaters, and In 1948 he worked as an artist for a US military base near Hachinohe.
In addition to drawing posters, he began experimenting with cartoon, and in 1949, at the urging of children’s book expert Shigeru Shiraki, he left for Tokyo to seek his fortune.
Baba began his cartoon career drawing for the children’s educational magazines put out by the Japanese corporation Shogakkan.
His received considerable attention with works such as “Young Post”and “Kappa from the mountains”.
In 1956 his series on a pig named Butan, which ran in “Children’s Book” from 1954 to 1957, won him the first award for children’s cartoons.
Butan was a cute little piglet who was always involved in a variety of adventures, but it was his mild-mannered misfit character that accounted for his appeal among children. Most of the Baba’s works at this time featured animals as main characters.
In 1958 Baba joined the Manga Sudan (Cartoonist Group) and made a transition to adult comics, producing popular works such as “Forward, Granny!”, “Crimsom Thief” and “Elementary and Junior High School Paradise.”
For many years he created adult comics and illustrated children’s books.
His “Eleven cats” is something of a classics and won him yet another award. 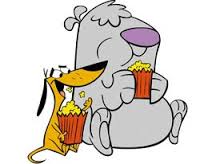