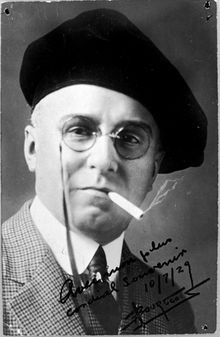 French-Canadian cartoonist born in Montreal, Quebec, on November 29, 1876. Alberic Bourgeois won first prize at his graduation from the Montreal School of Fine Arts in 1899; the following year he left for the United States to pursue his studies at the Boston School of Art. During his stay in Boston he contributed a number of cartoons to the Boston Post and painted the murals of the now-destroyed Boston Opera House.

In 1903 Bourgeois was enticed back to Montreal by the publisher of the daily La Patrie. In addition to drawing political cartoons for the paper, he also created the first regular newspaper strip in Quebec, Les Advcntures de Timothée (1904). In 1905 Bourgeois joined the staff of the major Montreal daily, La Presse, where he was to remain for over fifty years. Bourgeois’s variety and versatility (he would indifferently pass from editorial cartooning to comic strip work from one week to the next) testifies to the freedom granted the artist. Bourgeois created a number of comic strips for the paper, notably Les A ventures de Toinon (1905-08) and Les Fables du Parc Lafontaine (1906-08). At this time, however, he was looking for a more flexible format that would provide greater scope for his energies.

Bourgeois found his niche with En Roulant Ma Boule (“Bumming Around”), a feature centered on the character Baptiste Ladebauche. If, in the editorial cartoons that he published in La Presse from 1909 on, Bourgeois still used stereotypes such as John Bull, Uncle Sam or the Soviet bear, he was entirely original in his reinterpretation of Ladébauche, first created in 1878 by Hector Berthelot. In Berthelot’s mind, the vindictive Pere Ladébauche (“Pops Debauchery”) was only a polemical tool; Bourgeois, transforming him into a sly patriarch, forged a character in whom the French-Canadian community was able to recognize itself.

In February 1905 Bourgeois took over the Pere Ladébauche newspaper strip from Joseph Charlebois. Blending text and illustration, he arrived at a definitive format in 1911. The feature, whose title derives from a famous folk song, rapidly became an institution and today represents an irreplaceable document of the political, social and cultural life of Quebec. Aside from Ladébauche himself (to whom he gave a woman companion, Catherine), Bourgeois invented a number of Québécois types such as Marie Scapulaire or Pere Gé-déon. He published a collection of his Ladébauche texts and drawings toward the end of the 1920s.

Bourgeois brought Ladébauche to the stage as early as 1906, and he adapted En Roulant Ma Boule into a musical show in the 1930s. He was also a cabaret performer. 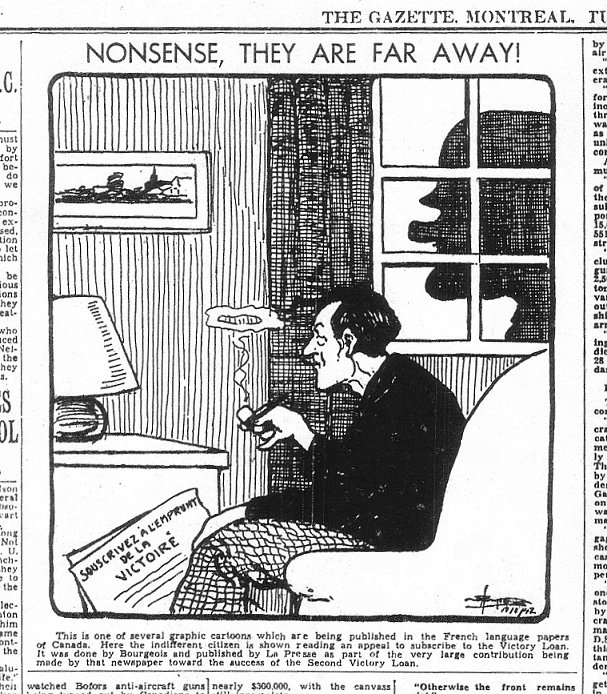 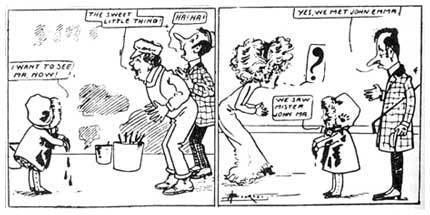