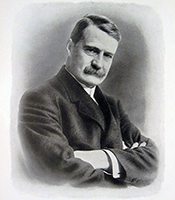 American cartoonist born in New Haven, Connecticut, on September 29, 1853. Luther Bradley moved with his family to Chicago in 1857 and received his early education at Lake Forest Academy and Northwestern University; he attended Yale University until 1875, when he began to work in his father’s real estate office.

In 1882 wanderlust and illness—apparently he was sick of ledger work—combined to lure Bradley on a round-the-world cruise. On his Australian stopover he was inadvertently stranded. He became interested in newspaper work and was soon contributing cartoons— having until then shown no particular interest in or talent for drawing—to Australian Tidbits (later the Australian Life) and the Melbourne Punch, where he eventually drew cartoons, wrote criticism and edited the paper for a year. His cartoons achieved worldwide republication.

The elder Bradley became gravely ill in 1892, and his son returned to America from Australia the following year. In Chicago he freelanced and illustrated two children’s books, originally penned for his own nieces and nephews: Wonderful Willie: What He and Tommy Did to Spain; and Our Indians; A Midnight Visit to the Great Somewhere-or-Other. The drawings are stunning masterpieces of fantasy using period poster effects. In the late 1890s Bradley attached himself to the Journal and Inter-Ocean, both of Chicago, before becoming art director and cartoonist of the Chicago Daily News; his first editorial cartoon there appeared on July 5, 1899. Bradley’s cartoons ran mainly on the front page, and the pioneering News comic section was among his editorial responsibilities.

Luther Bradley’s editorial cartoons achieved wide circulation and respect. Using careful but lush and textured shadings, he developed a reserved style in which the sophistication of execution mirrored the maturity of comment. He was regarded as a statesman of the drawing board for his fairness and reasoned partisanship—a difficult reputation to attain with John McCutchoon down the block. Bradley’s cartoons were uniformly horizontal; he and Ole May of the Cleveland Leader were virtually alone in utilizing such a format at that time.

It has been recorded, incorrectly, that Bradley was the only American cartoonist to oppose the United States entry into the Great War. American cartoonists were divided into two camps: out-and-out jingoes like W.A. Rogers, and those who expressed the horrors of war, urged preventive or preparatory arming and highlighted the offenses of both sides. Bradley was certainly not alone in the latter category, but he was perhaps the most eloquent in illustrating his arguments. While he called attention to the British naval outrages that were easily as offensive as German activities against the United States prior to 1917, he also urged vigorous rearmament programs. Bradley was a Republican, and was honestly exasperated with President Wilson’s policy of vacillation and appeasement. He rejoiced at armed retaliation against Mexico. One of Bradley’s most popular series had Uncle Sam showing to young people paintings that illustrated lessons to be derived from American history.

Bradley, truly a statesman-cartoonist, died at his home in Wilmette on January 9, 1917, four months before the American entry into the war. Rand McNally published a posthumous collection, Cartoons by Bradley, later that year. His own cartoon lessons deserve to be reintroduced to America. 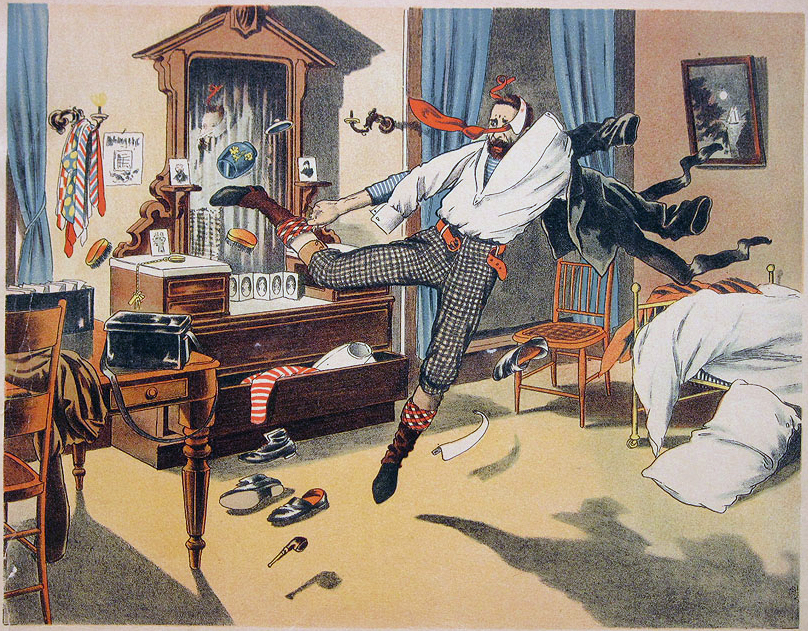 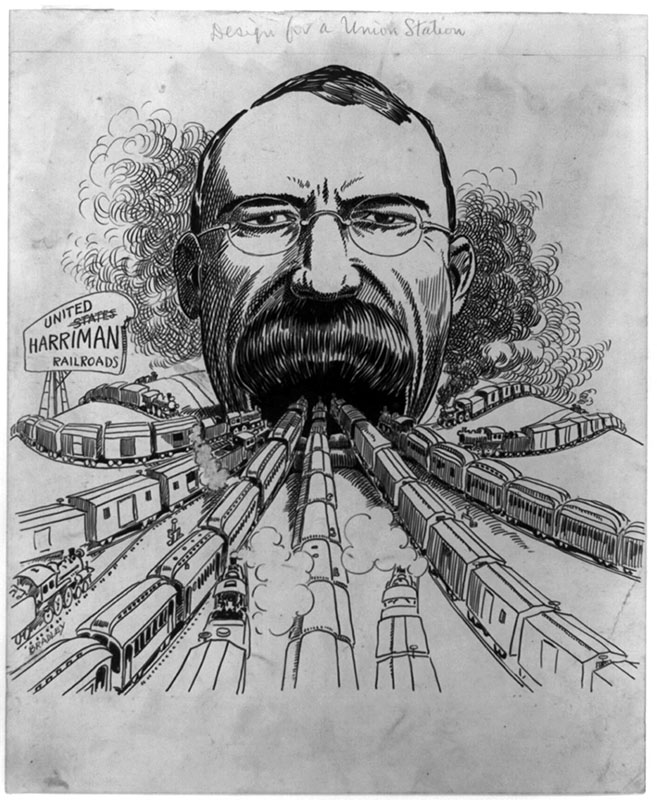 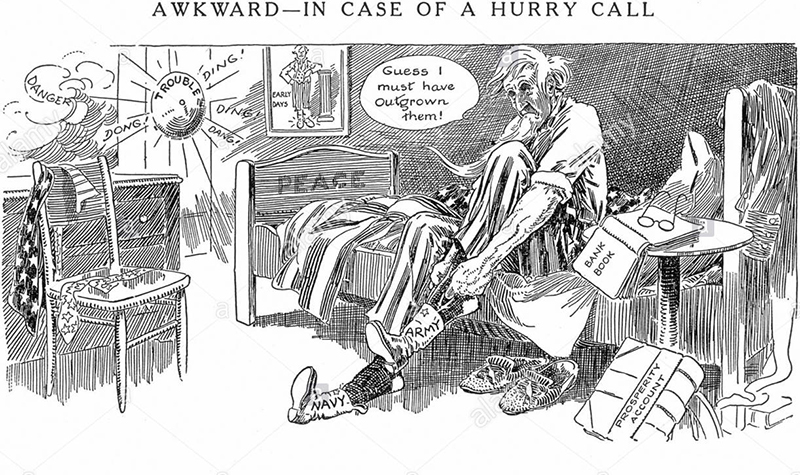