Born in the town of Haapsalu, in the family of shoemaker master Eduard Tüür. Studied at Palivere and Haapsalu Primary School. Then he studied metal technology at the Industrial School, then at Võru Local Industry Technique.

He worked as a mechanical engineer for a few years at the Ilmarine factory in Tallinn and then as a mechanical engineer in the Läänemaa Agricultural Cooperative Union in Haapsalu until the job was liquidated. Then he worked as a technical manager and chairman of Haapsalu. In 1960-1961 he was the first director of the Haapsalu bread factory in Läänemaa Mixed Industrial Combination of the EGTC. Since 1961 he has lived in Tallinn, where he worked as the head of the Design Department at the Institute of Local Industry Technology. He has been the chairman of the Estonian Print Industry A / S Committee, a lecturer at the Rummu Prison Camp Industrial School and a Rummu High School as a drawing and drawing teacher. His last job was the Estonian Savings Bank, where he had been working for 7 years as Head of Government and later in the Foreign Relations Department. Since 1996, Eduard Tüür is a retired and freelance artist. Honorary Member of the Estonian Association of Journalists.

His first caricature was published in 1955 in the Haapsalu district newspaper, Workman’s Flag. More than 2,000 cartoons of the artist have been published in many Estonian newspapers and magazines. Caricatures have also been published in the press in Germany, Poland, Russia, Ukraine, Latvia, Lithuania, Belgium and the former Yugoslavia and in 50 cartoon collections, catalogs and brochures.

Eduard Tüür has won 31 prizes in caricature competitions. Has participated in many cartoon juries and organized caricature competitions. The first and so far the last Estonian-Finnish cartoonist competition “Bank and Money”. The competition took place in 1992. In addition, organizing the exhibition “Money laughs” at the Esto Days in Riga in 2004 organized by five cartoonists (Hugo Hiibus, Hillar Mets, Urmas Nemvalts, Aimar Juuse and Eduard Tüür). The same exhibition was held at the Museum of Eesti Pank.

Has also made exlibris. The first exlibris was completed in 1966. There are nearly 200 of them today. In 1992, the Eksliibriseklubi Club of Tartu issued a booklet introducing its work. In 2002, the book “Eduard Tüür – Exlibrised” was published. The owners of the libraries designed by Eduard Tüür live in Estonia, Russia, the USA, Germany, Austria, England, Finland, the Netherlands, Sweden, Israel, Georgia, Latvia and Belgium.

In addition to caricatures, he has published travel descriptions in the magazines Elukiri, Kodutohter and Reisimaailm. In 2001, the Publishing Center issued his travel book “Reisihull”. 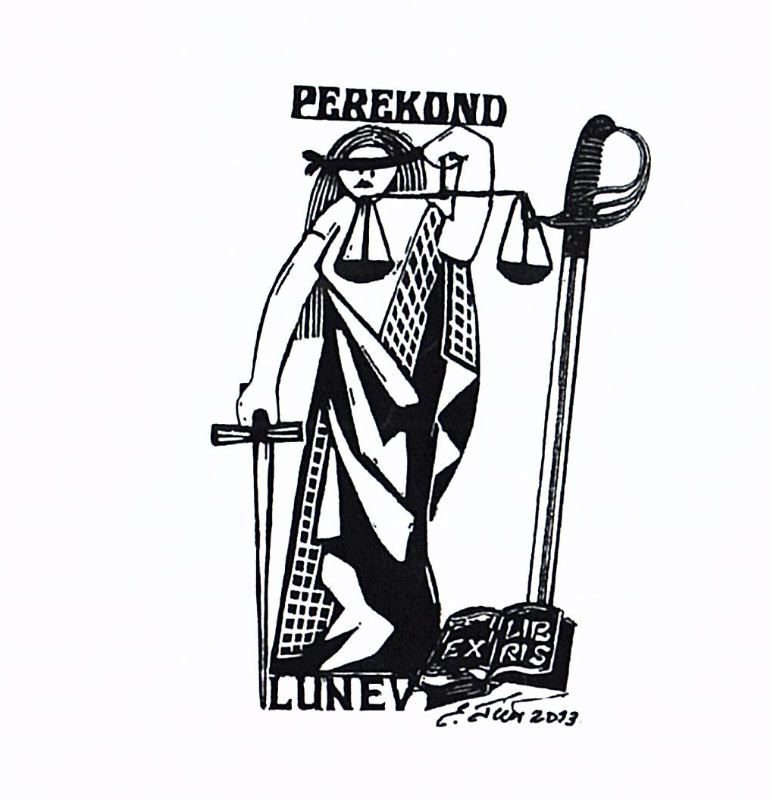