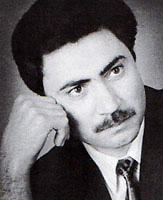 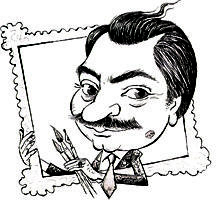 He was born in Gabrail district in 1956. He graduated from the A. Azimzadeh State School of Arts  in 1975. Then he graduated from Azerbaijan State University of Art and Culture in 1980. He was a member of USSR Journalists Union and a member of the USSR Artists Union from 1981. He worked as a chief painter in the Communist newspaper for many years. He founded the Zaraphat (Joke) satiric newspaper and he was a chief-editor there in 2000-2004. He took a part and won some awards in the Republic and foreign exhibitions. He is a member of the Azerbaijan Cartoonists Union from 2006. He is a member of the Azerbaijan group in FECO (International Federation of Cartoonist Organizations).