Armstrong, Harold Barry born in Paddington, near Sydney, in March 1902.

It was not without considerable anguish that some Australian newspapers finally adopted comic strips and cartoons in their pages. But during the inid-1930s a gradual increase in strips and cartoons, along with the introduction of political cartoonists, resulted in every metropolitan newspaper competing for circulation with these novel features.

Of the sedate newspapers, the Argus, one of Mel­bourne’s oldest (founded in 1846), was published every morning for 90 years before it accepted its first and only political cartoonist—Harold Barry (“Mick”) Armstrong. “I was not so much appointed,” Armstrong has said, “as insinuated into the Argus, where my cartoons were mixed in and buried among photo-pictures.”

Harold Barry Armstrong—Mick is a family nickname—was the son of a teacher at Sydney High School, who later was the first headmaster of Wagga High School, which Mick Armstrong attended. He com­pleted his education at Orange High School in New South Wales. Mick Armstrong’s first published contribu­tion in the Bulletin was drawn when he was a 16-year- old high school student. When he left school he worked in Orange as a survey-draftsman with the New South Wales Lands Department for nine years, continuing to submit his self-taught drawings to Smith’s Weekly, the Bulletin. Aussie (a wartime soldier-produced magazine which went into civilian life in the 1920s) and other publications, steadily building a reputation as a car­toonist.

In 1931. cartoonist Tom Clover of the Sydney Sun recommended Armstrong as his stand-in while he was on holiday. In 1932, Armstrong joined the Melbourne Herald at a wage of £17 ($34) a week, a princely sum for those times. He turned out illustrations, political car­toons on the leader page, and for about a month in 1934 drew the Ben Bowyong comic strip)—a feature still running in the Herald since its introduction more than 40 years ago. He was offered a position as a political cartoonist with the Star evening newspaper in 1935, but after its failure he was placed on the Argus staff in 1936 (the Argus had owned the Star).

It was at the Argus that Armstrong’s flair and potential proved him a top-class political cartoonist. His cartoons appeared prominently featured on the leader page in the late 1930s, through the war years and up until the Argus ceased publication in 1957. Not surprisingly, most of Mick Armstrong’s best work was produced during World War 11. He was a “grand-manner” cartoonist, making much use of labeled, symbolic figures such as “Peace,” “Prosperity,” or “The Spirit of Anzac.”

One of his wartime cartoons was reproduced on 25,000 flags and sold during an army march through the Melbourne streets—and the original drawing, titled “I’ve Got a Date,” showing a determined Australian “Digger” thumbing at a picture of Hitler, was auctioned and sold for £115 [$230), Mick Armstrong’s cartoons enjoyed enormous popularity during the war years and later; he could with satisfaction swell his clippings book with examples of his work published in overseas news­papers and journals. 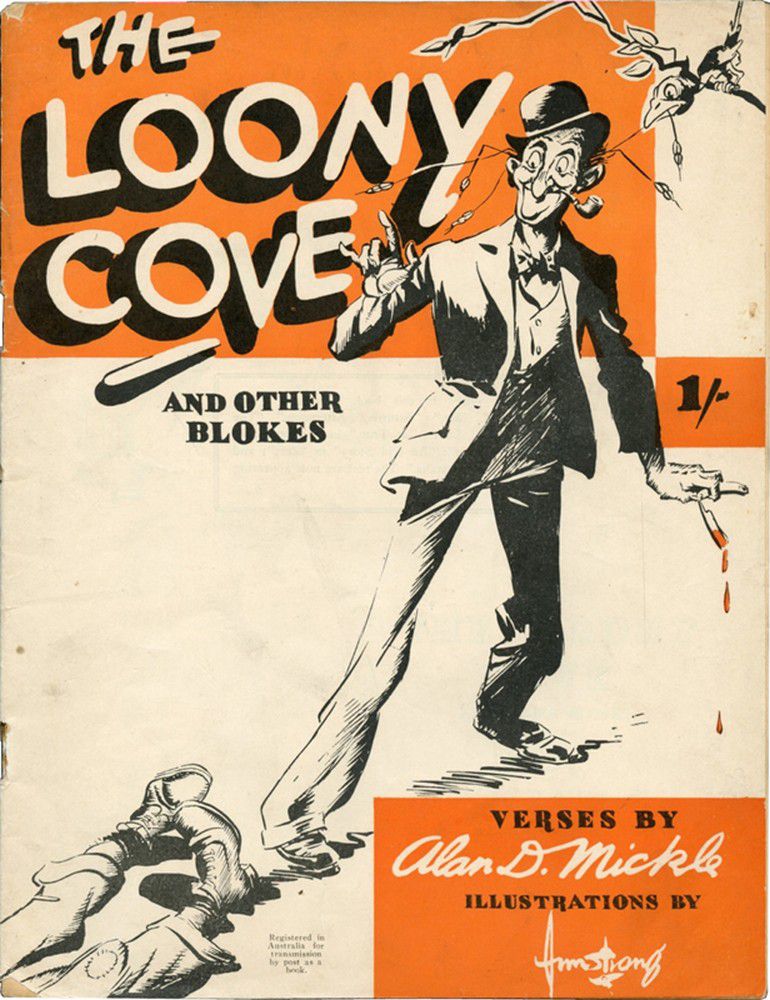 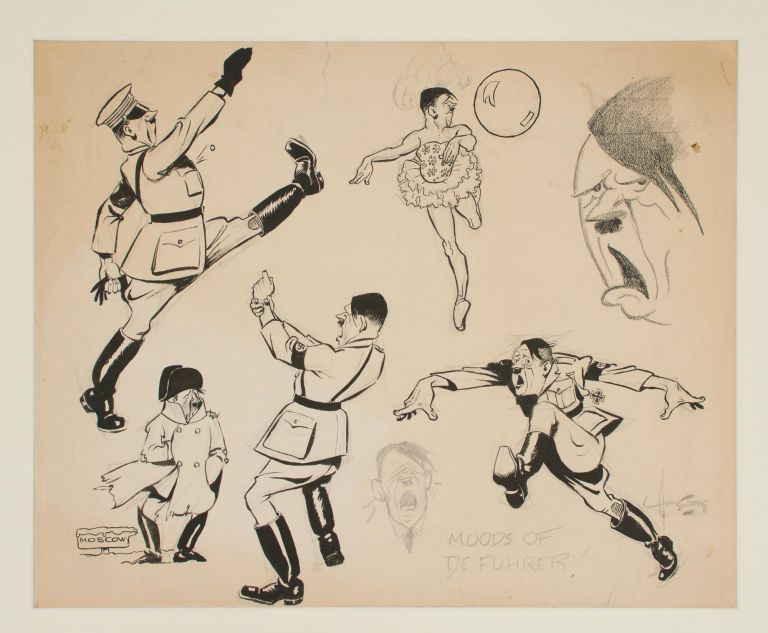 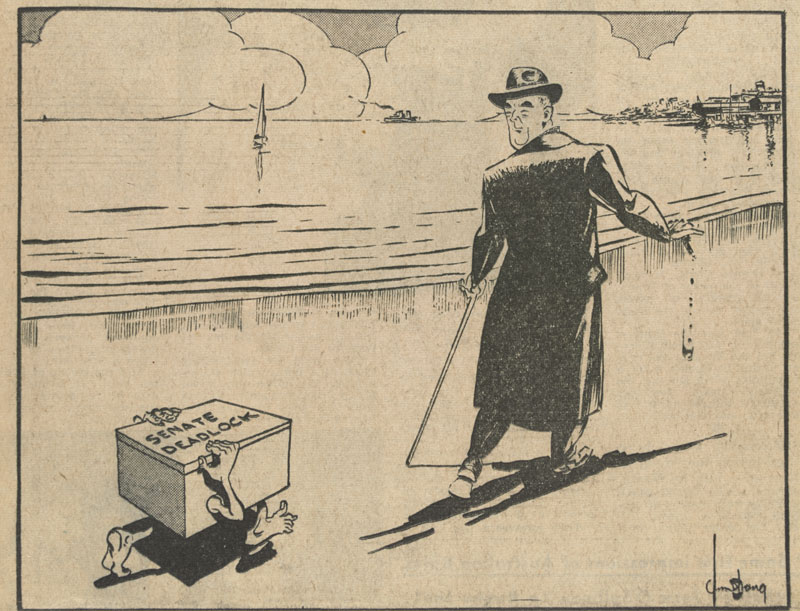