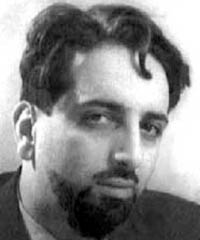 Born in 1900 in Voronezh in the family of a railway engineer, a graduate of the Kharkov Institute of Technology, Ye. M. Zigberman, then a member of the economic board of the Voronezh Jewish community.
In 1918 he graduated from the First Men’s Gymnasium in Moscow.
In 1925 he graduated from the Economics Department of the Moscow Institute of National Economy named after GV Plekhanov
Since 1921 he began to publish his own cartoons with the accompanying text in the magazine “Spectacles” and subsequently illustrated his satirical collections himself
Regularly printed in satirical publications “Crocodile” and “Red Pepper”
Victor Ardov – author of more than 40 collections of humorous prose