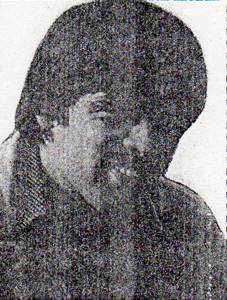 He was born in 1960. His first cartoon was published in February 1985.
Then his cartoons were published in a republican and central press.
He is a participant of an International and domestic cartoon contests; a laureate of the Humor-88 Cartoon Competition (the Dneprovskaya Pravda newspaper); a member of the Hopak — the Dnipropetrovsk club of cartoonists.