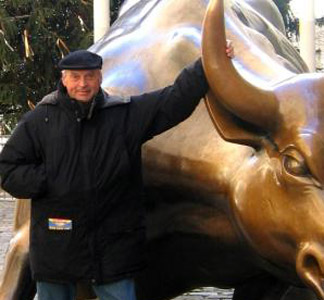 Konstantin Moshkin was born in 1940.
Graduated from the Moscow Architectural Institute in 1963. Together with the institute friend A.Nekrasov, he publishes his first drawings in the newspapers Izvestia and Evening Moscow anв weekly Nedelya.
Then he contributed to the magazines Smena, Ogonyok, Krokodil, Sputnik, the Soviet Union, and others.
Some drawings began to appear on the pages of foreign magazines and newspapers. But the most extensive work began in various publishing houses, such as the Young Guard, Medicine, Science, Economics, where he made funny drawings for scientific articles. Accompanied by his illustrations there were published about fifty books, reprinted by some foreign publishing houses.
Later, he became interested in watercolor painting.