MODELL, FRANK B American cartoonist born in Philadelphia, Pennsylvania, on September 6, 1917. Frank Modell studied at the Philadelphia College of Art.
His first success as a cartoonist came with the old Saturday Evening Post. He became a New Yorker regular in the 1940s and remains so to this day. He is also a frequent contributor to Playboy, and his work has been published in a volume entitled Stop Trying to Cheer Me Up (Dodd, Mead).
As an artist, Modell will use “anything that makes a mark”, and his technique varies accordingly. In the course of his long career, his early unbrokcn-Iine formalism gradually gave way to the freer quick-study techniques that are more characteristic of his current work—a shift mirrored in the alteration of his signature from “F.B. Modell” to today’s simply scrawled “Modell.” Given his lack of snobbery about media, it is tempting to speculate that the felt-tip in part explains his stylistic evolution, being more adaptable to sketch techniques than the formal ink-line and wash methods of most other artists of his generation. But this is not to underestimate Modoll’s capacity for adaptation in general, as anyone surveying the range of his humor will attest. It is in his breadth of imagination that his individual character is most pronounced.
Modell is the quintessential gag cartoonist. In his best work one can clearly see the connection between everyday life and its humorous exaggeration—and marvel that one had never seen it before. This, of course, is the genius of the cartoon humorist. Thus, one of Modell’s early New Yorker pieces shows a man opening a jam-packed medicine cabinet to test the net installed beneath it for the purpose of catching falling items.
Modell ranges far and wide to find material for his studies. Unlike many of his colleagues, he seems to have no favorite themes and can have as much fun with alienated Cadillac owners as with Bowery bums. His Puritan confined to stocks and fending off an importunate insurance salesman is just as amusing as the cranky waitress in a greasy spoon demanding whether a certain customer intends to eat his entire breakfast with his nose in a newspaper. In almost every case. Modell touches a responsive chord, awakening that laughter which comes as much from sympathetic recognition as from an appreciation of absurdity for its own sake.
Modell is a member of the Cartoonists’ Guild and the holder of, as he puts it. “some minor award” for animated storyboards done for Sesame Street. 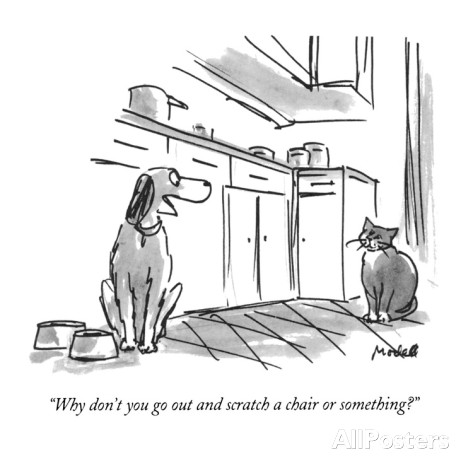 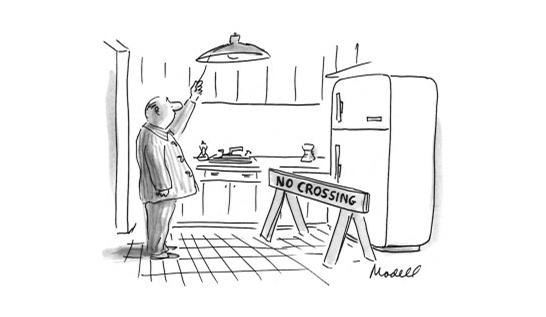 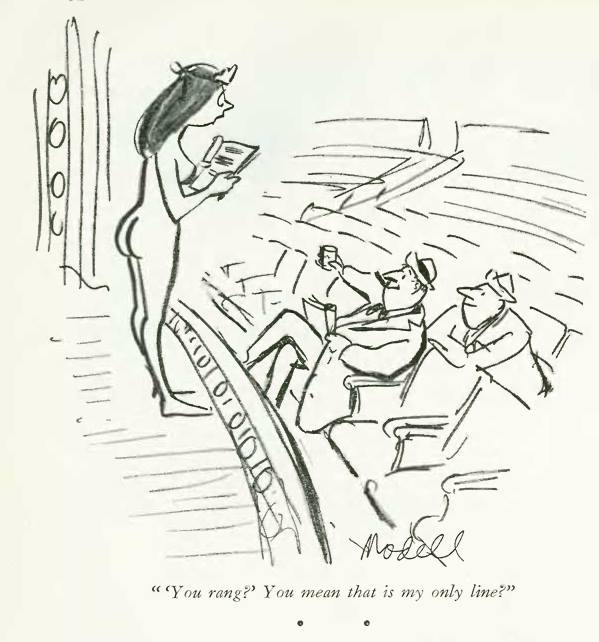 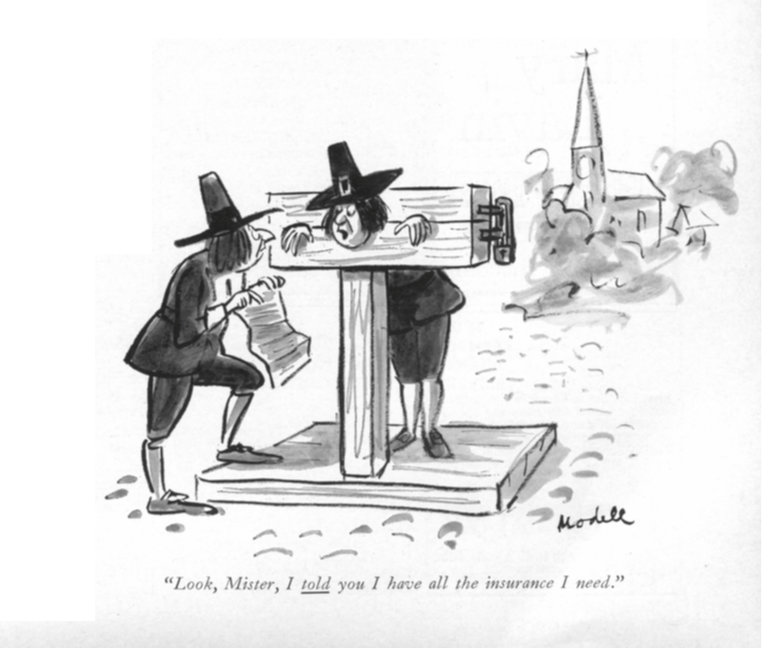