Was born in 1959 in Moscow.
His first cartoon was published in the 80’s in the newspaper «Moskovsky komsomolets».
The artist of the newspaper «Moskovsky komsomolets».
Prize winner of «МК», magazines «Ogoniok», «Smena», winner of the award of the Union of Journalists of Russia, winner of a festival «Zolotoy Ostap» (1993), competitions of cartoons in Poland, Italy and many competitions in this cauntry.
Issued six books of his own.
A member of Journalists Union of Russia.
Collects music (blues). 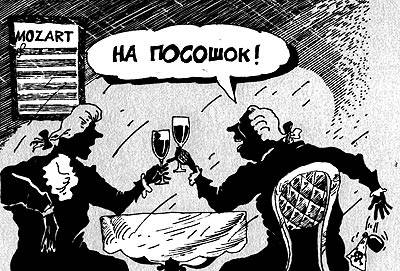