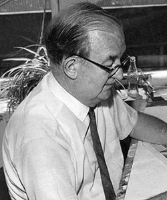 Born in Noumea, New Caledonia, in 1901.
It was the graphic humorists of Sydney who were first to set a postwar Australian trend in humor satirically critical of social attitudes. The artists who took the lead in this direction were Emile Mercier of the Sydney Sun and George Molnar of the Sydney Morning Herald, both of whom must be acknowledged as the two major black-and-white humorists to work in Australia in recent times. Although in approach and drawing style Molnar and Mercier appear to be light-years apart, they nevertheless represent both sides of the social coin, with Molnar satirizing the urban tastes and attitudes of the opulent “gracious living” section of society and Mercier “having a go” not only at high life, as in the past, but at low life, too—and until an approach that is not just humorous. The significant difference lies in a break from the traditional “we’re a lot of dags,” style that characterized to some extent the humor of an earlier generation and that still typifies much humorous writing and minor works on Australian slang today.
Emile Mercier’s view of humor is wide, with a graphic style in the broad historical comic tradition.
But Mercier’s comment does not contain much that is international in appeal; like that of the early Bulletin artists it is specifically a humor that reflects national life, with all the indigenous characteristics unique to Australia.
The best humor has always been expressed from a definite point of view; Emile Mercier’s is quite clear.
It emerges, for example, in a background detail such as a poster on a wall with the wording “Drink Flor de Florita—the Gravy of the Grape! A Symphony in Every Sip!” Frorn his standpoint Emile Mercier presents the typical face of Australian cities—the flyspotted cafes, noisy pub bars and crowded public transport, the racecourses, back alleys, and people of the city—tired waitresses, rough-and-ready taxi drivers, policemen, barmaids, disc jockeys and tax officials. His comment is unique in Australian graphic satire for its range of social documentation and a wit that is discriminating, responsible and perceptive.
Mercier contributed his joke drawings to the Bulletin, Smith’s Weekly and Melbourne Punch in the 1920s. Recognition eventually came, and with it popularity, resulting in full-time work as a comic artist. When the humorous writer Lennie Lower rejoined Smith’s Weekly in 1940. Emile Mercier was one of the artists selected to illustrate his pieces for the paper. Joe Jonsson took over the illustration of this feature when, during World War II, Mercier was engaged by Truth as a political cartoonist. Then, during the war followed a period of drawing political cartoons for the Sydney Daily Mirror. From that period until 1967, when he retired. Mercier’s brilliance delighted not only the readers of the Sydney Sun but his fellow graphic humorists all over Australia.
Emile Mercier’s pen drawings are often crammed with fun and rollicking detail—something of a triumph considering that his original drawings were never larger than 7 1/2 by 5 1/2 inches, a size regrettably conditioned by their rather miserable editorial reduction. It is also a triumph for Mercier that during his 40 years or so of drawing he has survived editorial buffeting and resisted the ephemeral fads and fashions of comic art and humor, preserving a sanity in his draftsmanship and satire, and revealing, without preaching, what sort of people Australians are. 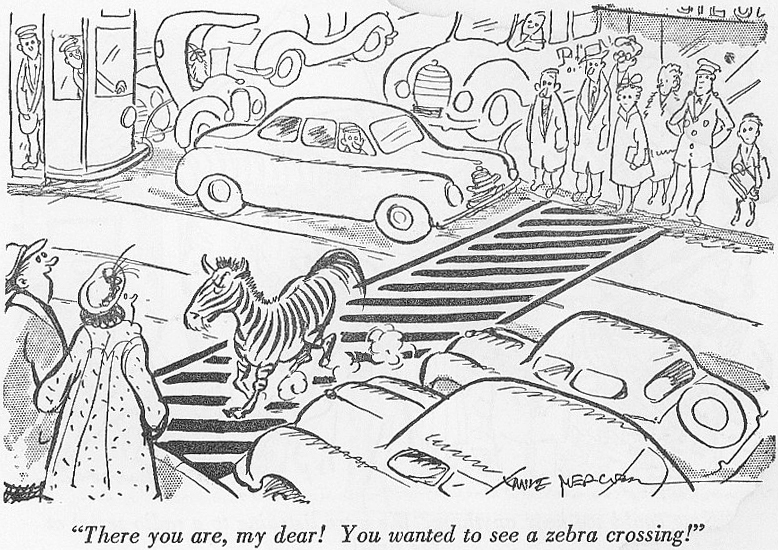 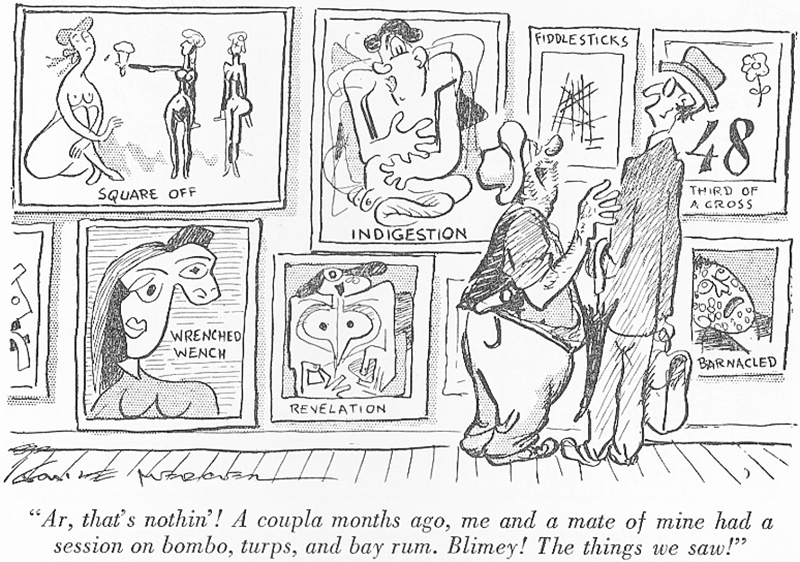 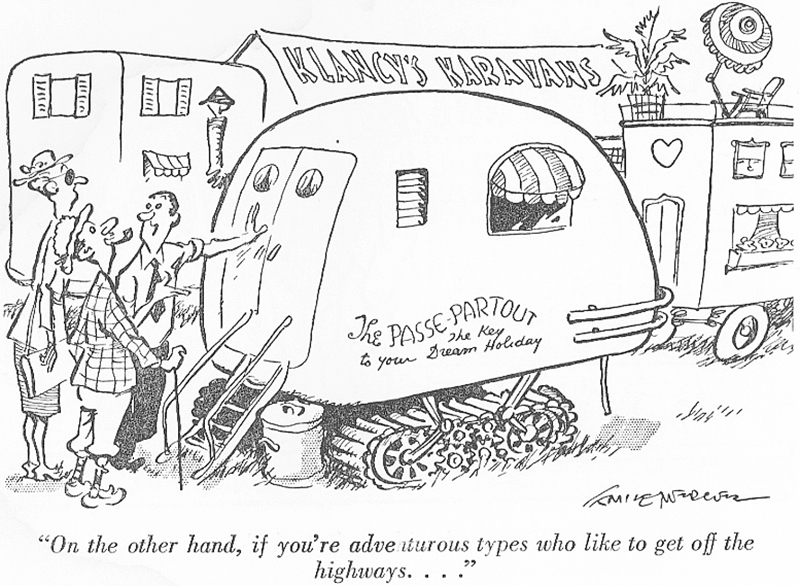