Born in Breslau, Prussia (now Wroclaw. Poland) in 1815. Like Chodowiecki, whose role as universal delineator of life in Germany (especially Berlin) he continued through the 19th century and into the early 20th, Adolph von Menzel had a basic fund of humor that repeatedly surfaced in his works although he was not a professional humorist.
Menzel’s father had been head of a girls school but then became a lithographic printer, and young Menzel was his aide. They moved to Berlin in 1830. When the older man died in 1832, Adolph, mainly self-taught, continued to do commercial art for printers and art dealers, especially Sachse. It was in this decade that most of Menzel’s specifically humorous items were done— both original and reproductive (after Adolf Schrodter, for instance). These include several witty Berlin (and Leipzig) scenes of the sort Dorbeck, Schadow, Hosemann and Schrodter had done. New Year’s greetings adapted to members of various professions and social classes, music covers illustrated with everyday scenes, party souvenirs, pictures for children and the like. (Even much later in life Menzel was officially called upon to create elaborately illustrated and calligraphed testimonial certificates and diplomas.)
Having proved his merit in “higher” things with illustrations of Luther’s life (1833) and a lithographic series based on a Goethe poem about the misfortunes of artists (1834), Menzol quickly became the foremost German illustrator, as well as a major painter and printmaker. The outstanding masterpiece of his earlier life—and his best-remembered work—was his group of 400 illustrations engraved on wood for Kugler’s life of Frederick the Great (completed in 1842). This led to a long preoccupation with Frederick’s period and with military iconography. Among the Frederick the Great spinoffs were the illustrations for that monarch’s own writings (completed in 1849); Menzel’s ingenious work in connection with the king’s satirical pieces forms another major facet of the artist’s humorous production.
As time went on. Menzel was drawn more and more into the highest official circles of the German capital and was knighted in 1898. In addition, he occupied himself with brilliant technical experiments in printmaking and did important paintings in an impressionist vein as early as the 1840s and 1850s (in 1875 his canvas depicting an iron foundry was a pioneering subject). Still. Menzel never stopped producing fresh, carefully observed drawings—thousands of them—of everything about him. Many of these, such as his picture of people arising stiffly after an uncomfortable night on a train (1877), reveal the wit that never deserted the grand old man. Menzel died in Berlin at the age of 90 on February 9. 1905. 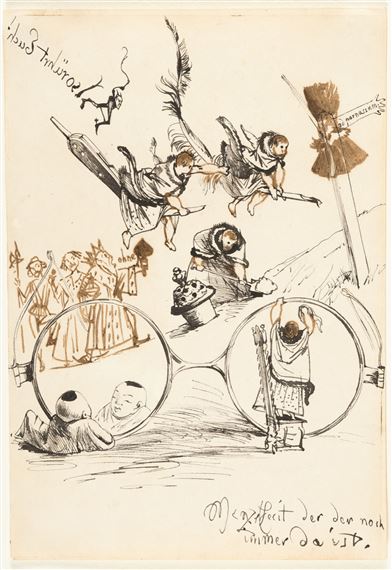 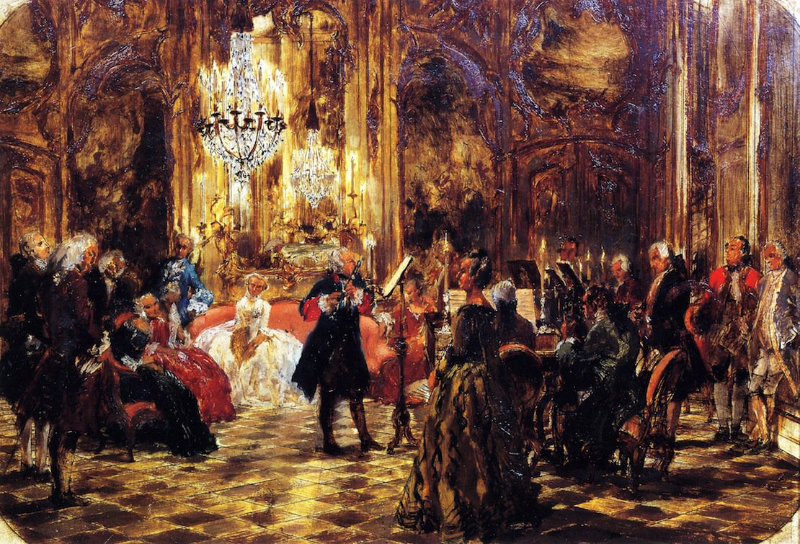 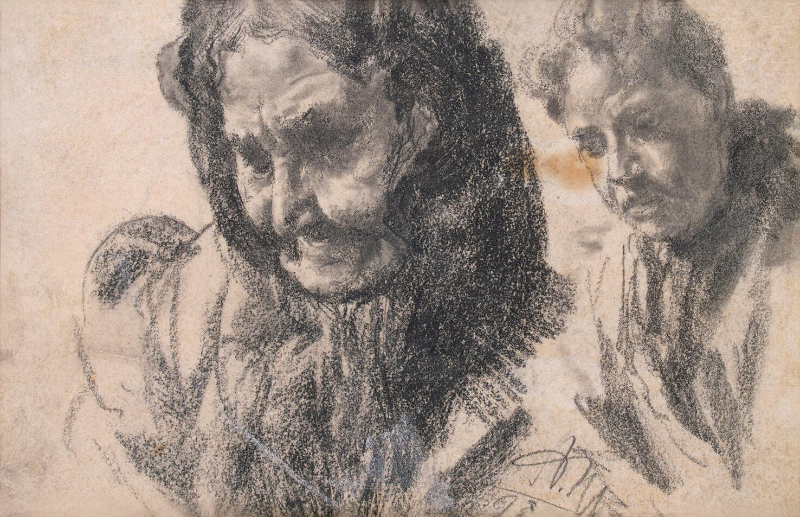