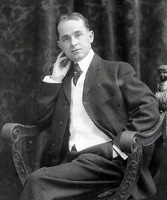 Zenas Winsor McCay (c. 1867–71 or September 26, 1869 – July 26, 1934) was an American cartoonist and animator. He is best known for the comic strip Little Nemo (1905–14; 1924–26) and the animated film Gertie the Dinosaur (1914). For contractual reasons, he worked under the pen name Silas on the comic strip Dream of the Rarebit Fiend.
From a young age, McCay was a quick, prolific, and technically dextrous artist. He started his professional career making posters and performing for dime museums, and began illustrating newspapers and magazines in 1898. He joined the New York Herald in 1903, where he created popular comic strips such as Little Sammy Sneeze and Dream of the Rarebit Fiend. In 1905, his signature strip Little Nemo in Slumberland debuted, a fantasy strip in an Art Nouveau style, about a young boy and his adventurous dreams. The strip demonstrated McCay’s strong graphic sense and mastery of color and linear perspective. McCay experimented with the formal elements of the comic strip page, arranging and sizing panels to increase impact and enhance the narrative. McCay also produced numerous detailed editorial cartoons and was a popular performer of chalk talks on the vaudeville circuit.
McCay was an early animation pioneer; between 1911 and 1921 he self-financed and animated ten films, some of which survive only as fragments. The first three served in his vaudeville act; Gertie the Dinosaur was an interactive routine in which McCay appeared to give orders to a trained dinosaur. McCay and his assistants worked for twenty-two months on his most ambitious film, The Sinking of the Lusitania (1918), a patriotic recreation of the German torpedoing in 1915 of the RMS Lusitania. Lusitania did not enjoy as much commercial success as the earlier films, and McCay’s later movies attracted little attention. His animation, vaudeville, and comic strip work was gradually curtailed as newspaper magnate William Randolph Hearst, his employer since 1911, expected McCay to devote his energies to editorial illustrations.
In his drawing, McCay made bold, prodigious use of linear perspective, particularly in detailed architecture and cityscapes. He textured his editorial cartoons with copious fine hatching, and made color a central element in Little Nemo. His comic strip work has influenced generations of cartoonists and illustrators. The technical level of McCay’s animation—its naturalism, smoothness, and scale—was unmatched until Walt Disney’s feature films arrived in the 1930s. He pioneered inbetweening, the use of registration marks, cycling, and other animation techniques that were to become standard.
McCay’s paternal grandparents, farmers Donald and Christiana McKay, immigrated from Scotland to Upper Canada in the mid-1830s. McCay’s father, Robert McKay (1840 – March 21, 1915) was born in Woodstock, Upper Canada, the third of six children. McCay’s maternal grandparents, Peter and Mary Murray, were also Scottish immigrants, and settled as farmers in East Zorra in Upper Canada. Their daughter Janet was the third of nine children.
Robert was a member of King Solomon’s No. 43 Masonic Lodge in Woodstock. In 1862, Robert first traveled to the U.S. Robert and the twenty-five-year-old Janet married on January 8, 1866, at Woodstock’s Methodist Episcopal Church. The couple moved across the American border later in the year and settled in Spring Lake, Michigan, on the eastern coast of Lake Michigan. Robert was employed by American entrepreneur Zenas G. Winsor (1814–90), with whom he had made contact in Canada.
Records of McCay’s birth are not extant. He stated in an interview in 1910 that he was born in 1869, and this is the year listed on his grave marker. Late in life, he told friends he was born September 26, 1871, in Spring Lake, and they published this information in a magazine. Michigan census records from 1870 and 1880 list a Zenas W. McKay, who was born in Canada in 1867. No Canadian birth record has been found, and a fire in Spring Lake in May 1893 could have destroyed any American birth record he may have had. His obituary in the New York Herald Tribune stated, “not even Mr. McCay knew his exact age”.
The McCays had two more children: Arthur in 1868, and Mae in 1876. Both were born in Michigan. Robert worked as a teamster under Winsor, and by May 1870 had saved enough money to buy a parcel of land. From 1879 to 1881 he worked as a retail grocer. In 1885 he moved the family to Stanton, Michigan, and expanded his land holdings; he was successful in real estate with his brother Hugh, who moved from Canada in 1887.
By 1905, Robert was also a notary public. He had settled in Edmore, Michigan, and by this point had changed the spelling of his surname from “McKay” to “McCay”. His son related this story about the change:

“Three Scotsmen of the clan McKay were looking for a fourth member to fight four members of the Irish clan Magee … ‘I’m not one of you,’ my father pointed out. ‘You see, I’m one of the clan M-c-C-A-Y.’ And that is how I got both my name and my sense of humor.”
— Winsor McCay

“I just couldn’t stop drawing anything and everything.”
Winsor McCay 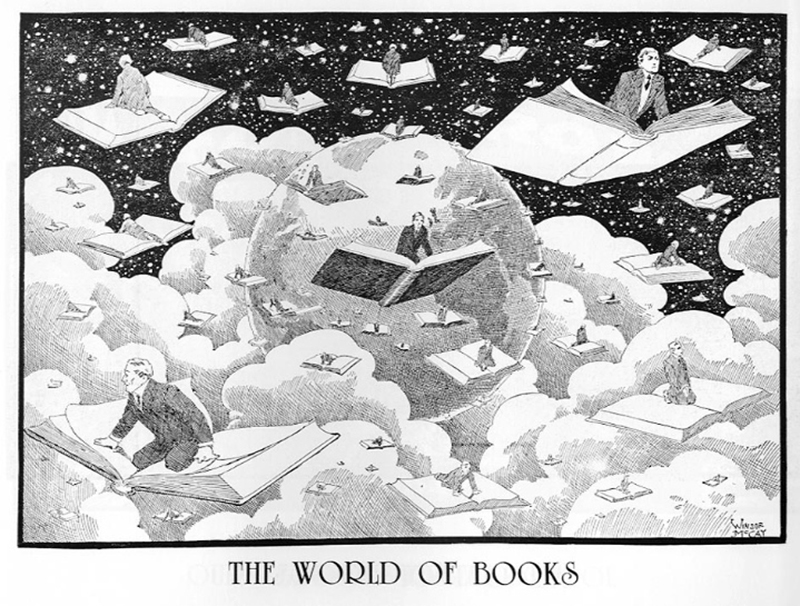 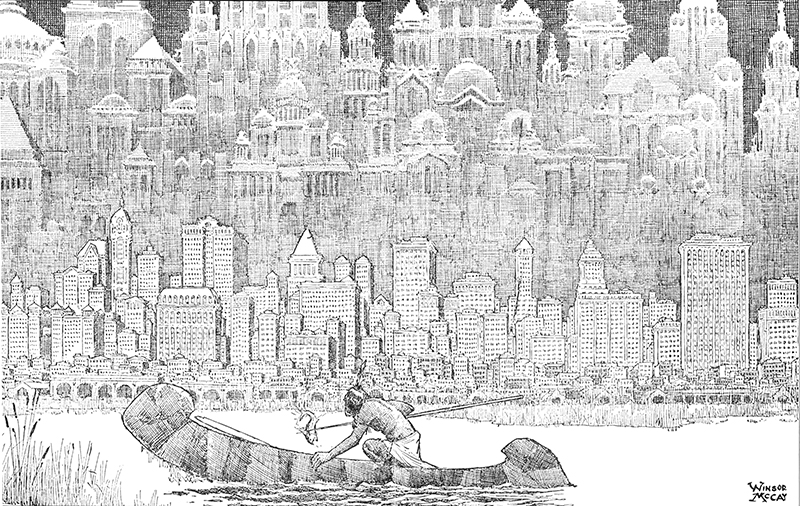