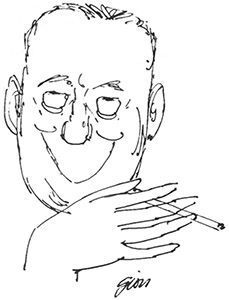 Was born on the 7th of May 1924.
The first cartoons were published in 1946 in the newspaper “Sportul popular”.
The author of many satirical posters and albums, such as “Matti in the Delta”, “Let’s be serious”, “Fisherman and sportsman-hunter”, etc.
Became known as an artist-animator. His animated films were noted both in the country and abroad: in Tampere, Bilbao, Warsaw.
For the film “The Ant” he was awarded a prize.
For many years, he has been heading a cartoon to the newspaper “Romina Libera”.
Participates in the salons of humor in the country and abroad.
A member of the Union of Artists of the RAF.