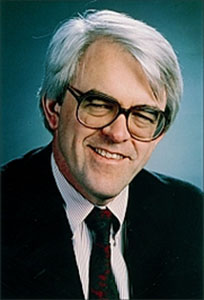 He was born in New York on September 17, 1947. Jeff MacNelly came from an artistic family and had his first car­toon published in Lawrence Life, the yearbook of Law­rence School in Hewlett, Long Island. Later scholastic markets included the Mirror literary magazine at Phil­lips Academy and the Daily Tar Heel, campus news­paper at the University of North Carolina. During his last two years of college he contributed to the Chapel Hill Weekly.

On December 1, 1970, MacNelly began drawing politi­cal cartoons for the Richmond (Va.) News Leader and won a Pulitzer Prize for his work during his first full year behind the drawing board. Since then he has won other awards and begun drawing cartoon features. We Hold These Truths is a realistically illustrated panel dealing with American history; it is written by his close friend and editor Ross Mackenzie and distributed by United Feature. Shoe, a zany comic strip about a colony of birds with all-too-human neuroses, is packaged and odited by Neal Freeman and syndicated by Tribune-News, which also handles his editorial cartoons.

MacNelly is clearly the premier American editorial cartoonist of his generation. He began working in the vein of Oliphant but soon transcended any influences and developed a distinctly individual style. His level of achievement – salient points presented in arresting compositions – is consistently excellent. A cartoonist of conservative political leanings, MacNelly is reprinted widely and has eschewed offers to join larger newspaper staffs across the nation; he prefers to remain in Richmond. His first anthology – MacNelly, published by Westover in 1972 – clearly demonstrated his technique of couching a devastating political observation in an invariably hilarious format. More recent books include The Best of MacNelly and Shoe.