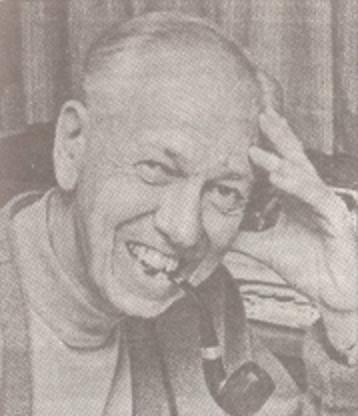 American cartoonist born in Lincoln, Nebraska, on December 12, 1909. Dick Moores was educated in the public schools of Lincoln. Omaha (where his family moved when he was nine) and Fort Wayne, Indiana, where he moved in 1926. He attended the Fort Wayne Art School and held various local jobs, working as a sign painter, a clerk in a Piggly Wiggly store and an usher (later manager) at the Emboyd vaudeville theater.
In 1930 Moores attended the Chicago Academy of Fine Arts, seeking instruction in illustration. Further study at the Chouinard School in Los Angeles preceded service as Chester Gould’s second assistant on the young Dick Tracy strip; Moores contributed balanced layouts and handsome, textured shading that later emerged in his own derivative strip, Jim Hardy, launched in June 1936. This detective strip became a western. Windy and Paddles, and ended in October 1942.
Moores then went to work for the Disney studios and assisted Floyd Gottfredson and Frank Reilly on various strips. He inked Mickey Mouse dailies and drew the Uncle Remus page, occasionally worked on the Classic Tales syndicated feature, contributed to Western comic book titles (1942-56) and did much of the artwork for Disney merchandising during his tenure. In 1956, on the suggestion of Bill Perry, Moores became Frank King’s assistant on Gasoline Alley, assuming the duties of story blocking and then more of the artwork until he became a full ghost. In 1963 he received credit and on King’s death in 1969 took full control of the strip.
Seldom in the cartooning world has an inheritor sparkled or) an old property as Moores has done on Gasoline Alley. In a certain sense it is a different strip—the story lines are more humorous and rely on eccentric personalities—but the strong characterizations remain, as does the family saga aspect. Moores’s main contribution is the stunning visual effect he achieves; he eschews panel borders, mixes up textures and tones (almost all drawn by hand, not mechanically) and depicts the most unusual angles in I he comics. Most views are from the ground level up (it is strange that a man more than six feet tall, as Moores is. can see the world from under tabletops and carriage bottoms). In all, it is an exciting strip to behold.
Moores was awarded the National Cartoonists Society’s Reuben in 1975. Among his many other credits is his pioneering work with animation and comics on television. 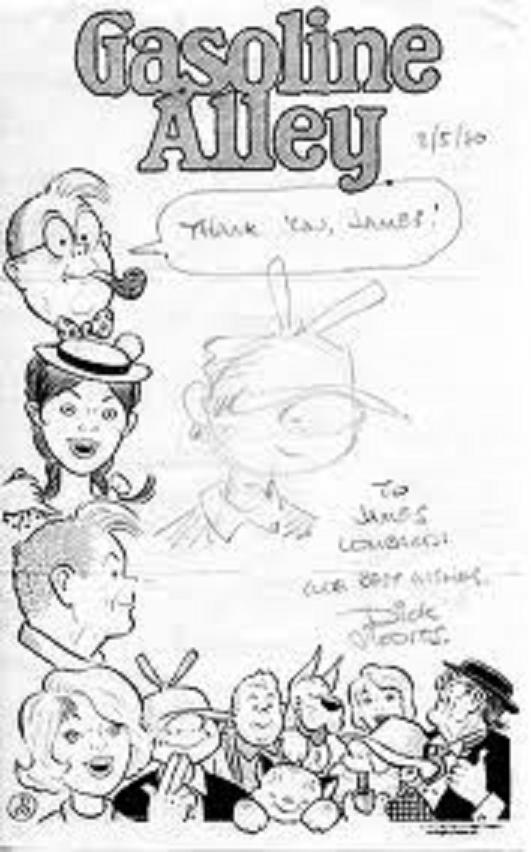