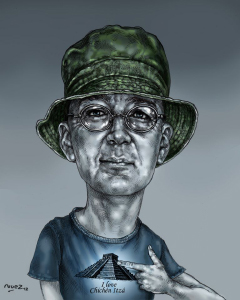 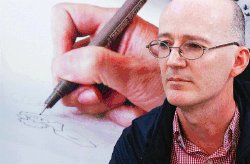 Ferreol Murillo Fuentes was born on January 5, 1956 in the city of Alajuela, Costa Rica.

He graduated in 1988 from the Faculty of Fine Arts at the University of Costa Rica in Graphic Arts with a major in illustration.

He worked for the magazine contributions as a designer, illustrator and cartoonist.

He published his first cartoon in 1983 in Contrapunto newspaper, also published in the newspaper La Nación and the weekly University.

As a member of group La Zarigüeya he exhibited at the Museum of Caricature in Mexico City in 1994, and has also participated in the meetings Cartoonists Caribbean in 2011-2012 in Quintana Roo, Mexico.

He has been awarded in 27 international competitions in Humor and has published 3 books cartoon: Humorous Anthology (1981) Humor Eco-ilogico (1994) and The La Zarigüeya Humor Graphic (1997).

He was a founding member of the group La Pluma Sonriente (1981) and the Association of Cartoonists La Zarigüeya (1988).

He has worked as a professor of caricature to the Children’s Museum (1997-2005) and the University of Costa Rica (1997 -2002), later as a graphic designer and illustrator for MEC- ICER, Costa Rica. 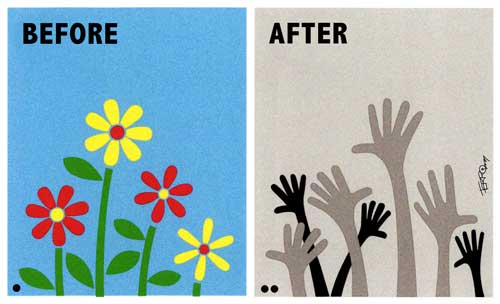 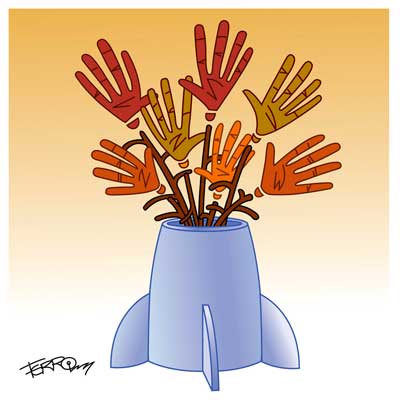 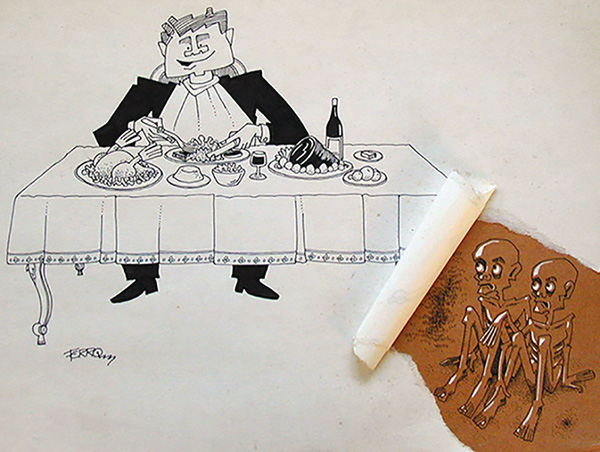