Italian cartoonist born in Rome, Italy, in 1908. Giovanni Mosca studied art in Rome and started on a cartooning career in the early 1930s. His humor, then somewhat surreal and a bit light-headed, was best represented in Bertoldo, a breeding ground for Italian cartoonists of the time. In its pages, practically impersonating himself with the little man in top hat and tails who appeared in almost all his cartoons, he subtly sniped at Mussolini’s regime. After World War II Mosca spent many years with II Corners d’lnformazione of Milan, to which he contributed a daily editorial cartoon. He is now the regular political and editorial cartoonist of the conservative Rome daily Il Tempo. His draftsmanship is faultless and his captions precise, although his humor is often old-fashioned and founded on puns.
One of the reasons for Mosca’s popularity is his consistency. In the 1930s he reflected middle-class distaste for the Fascist regime, and since then, without changing his position at all. he has come to represent a nostalgic and conservative viewpoint. His cartoons of recent years express regret and longing for a past that some still regard as a happier time; he draws the present with one eye always on the past. 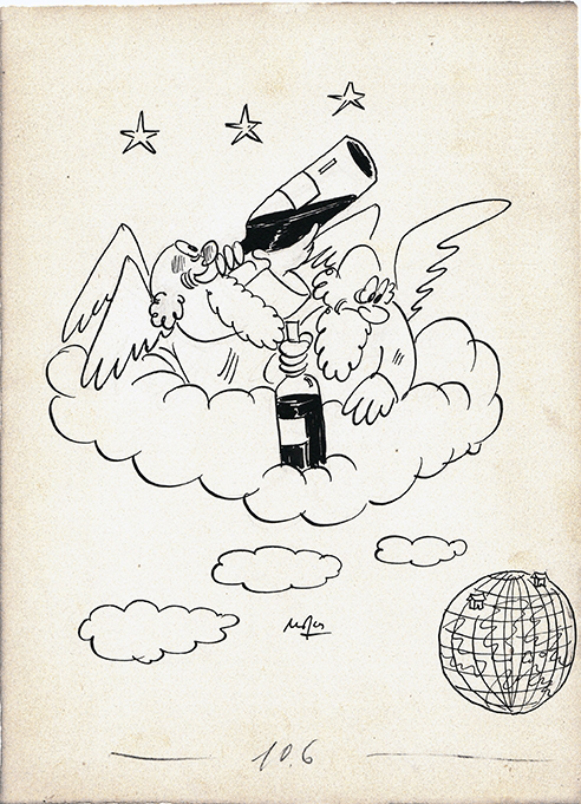